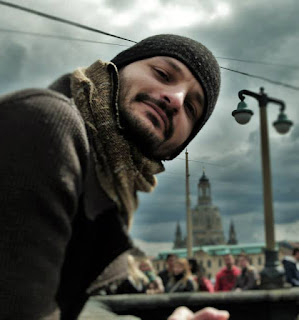 Biography:
Iliya Novachev is a professional Bulgarian contemporary sculptor. He was born in 1983 in Sofia in the family of a sculptor. He was three years old when he was walking around in his father's studio while he was crafting some large human sculptures (he was preparing a donation of 21 large pieces for the public park in the town Nova Zagora), which were about 4 meters high each. His father explained to him which historical figure each sculpture was and what he did for Bulgaria. There Iliya Novachev's love for art started. In 2007 he graduated from the National Academy of Arts in Sofia with master degree in art metalworking and sculpture. Later on he opened his father's large studio to several colleagues and friends and founded the artistic independent group "Studio 4 Ears". They made several group exhibitions so far. Iliya Novachev works mainly in the field of figurative sculpture, trying not to limit himself with the materials and the means of expression. And he always loves the positive attitude and the fun side of art. 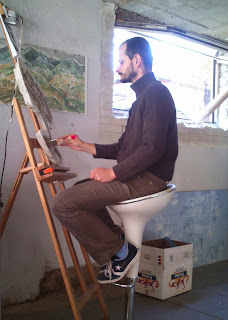 Artist's quote:
"As I work I go through many emotions - from euphoria to despair, from despair back to euphoria, through the pursuit of perfection, the denial, and the will to do the best thing which will make you a better artist and give you the well deserved meaning."